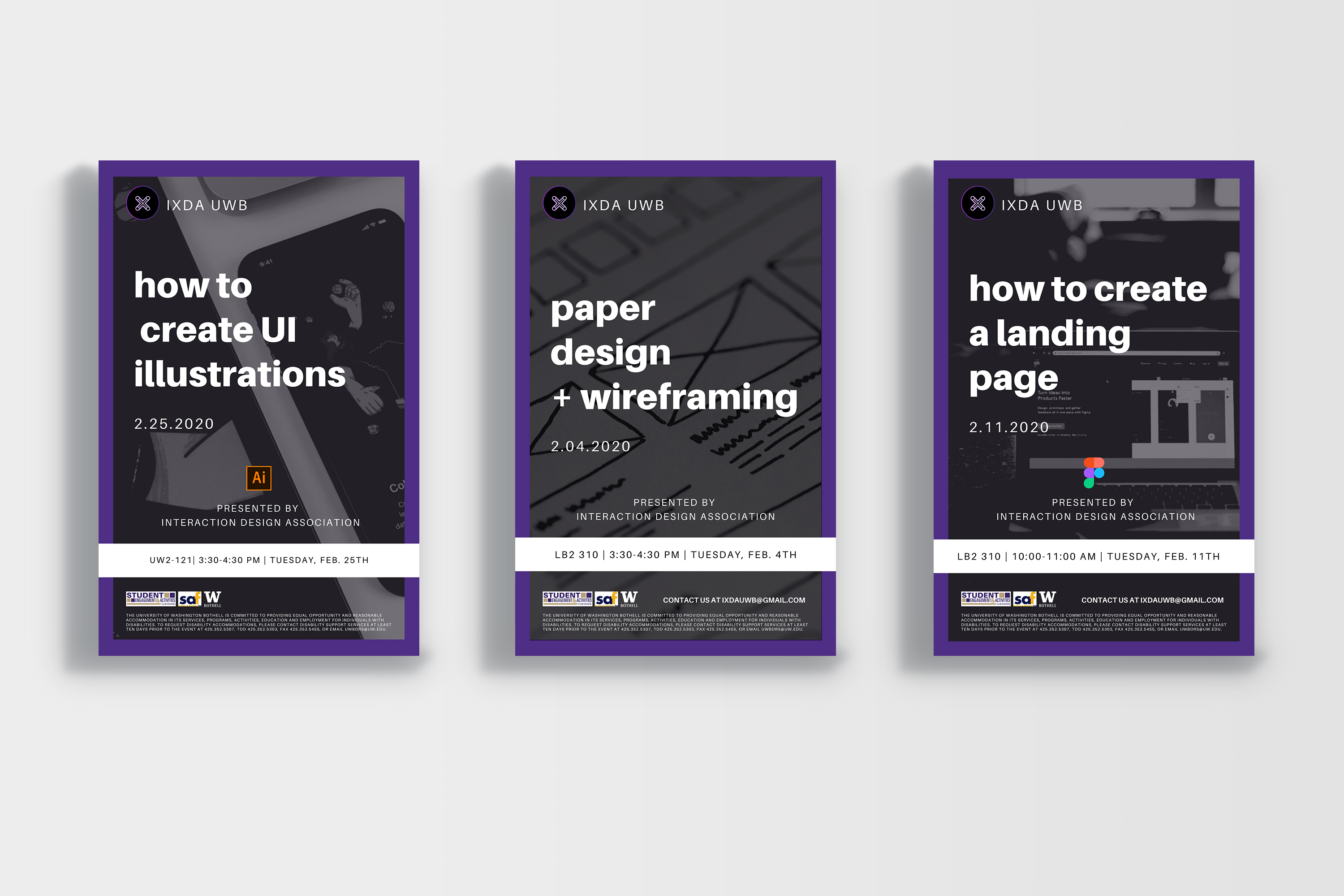 Our mission for IxDA UWB is to connect students across multiple disciplines to foster a design community at UWB. During Spring of 2020 we have emphasized our marketing and advertising of the club through social media. We plan on growing our social media presence to reach more students, as well as getting in contact with professors and advisors to let students know directly about our club and events. I created the variation of the IxDA logo to be specific to the chapter at the University of Washington Bothell. 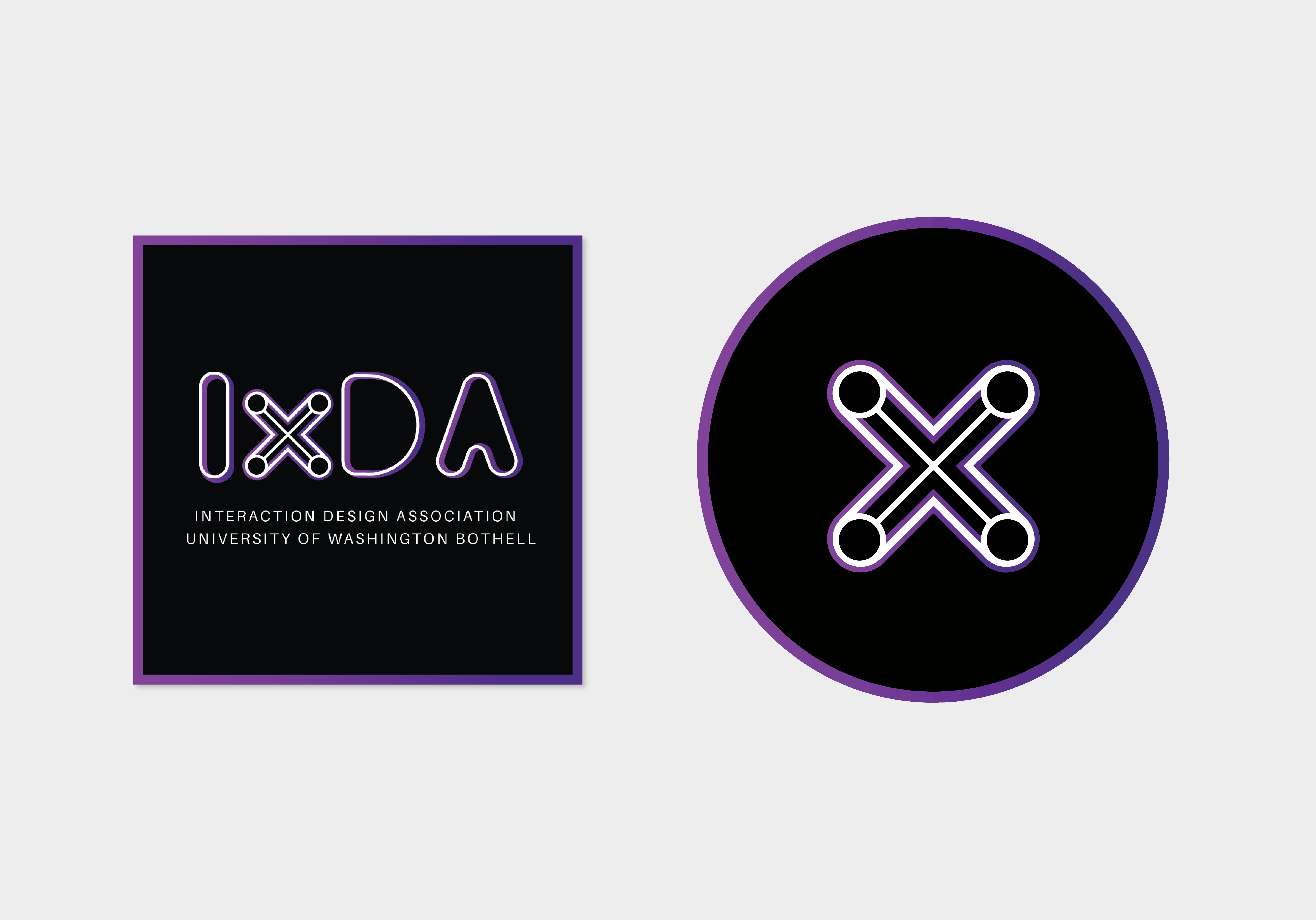 As the chair of design, I created a few social media templates to be used on Instagram so the branding stays consistent through our posters, website, and social media. I am using my role in the club to continue building my soft skills, while practicing my hard skills. Knowing how to present information is just as important as the information you are giving. I want to get better at leading people through the design process, which is why I led a How to Create UI Illustrations in Adobe Illustrator Workshop Series, where I walked people through the process of making an illustration from sketch to design implementation

This workshop was meant to give attendees the basic tools to get started on their UI illustration creation, inspiring them to create interesting concepts from basic shapes. The first part of the event was presenting why UI illustrations improve UX, which I researched prior to the workshop. I included an article that went further in depth about UI and UX for attendees to access later. Part II of the event was to demo the start to finish process of creating UI illustrations, using basic shapes and tools in Illustrator. In the AI file I gave to students, I included my paper pencil sketch image, a color palette, the finished result, and some basic UI elements. We began by discussing the importance of organizing your layers, to make the overall process easier. Then I explained basic functions of Illustrator such as the Pen tool, anchor points in Shapes, and how to use Shape Masks.

I followed up our event with a social media post that outlined each step of making the illustration. We recorded the Zoom event so we can post it at a later date on our social media, in a sped up version, which is popular among the UX/UI community on Instagram. Through the use of hashtags on this post, we were able to gain followers and even had people comment on the post, telling us they thought it was amazing and would like to learn how to use Illustrator after seeing what they could create. 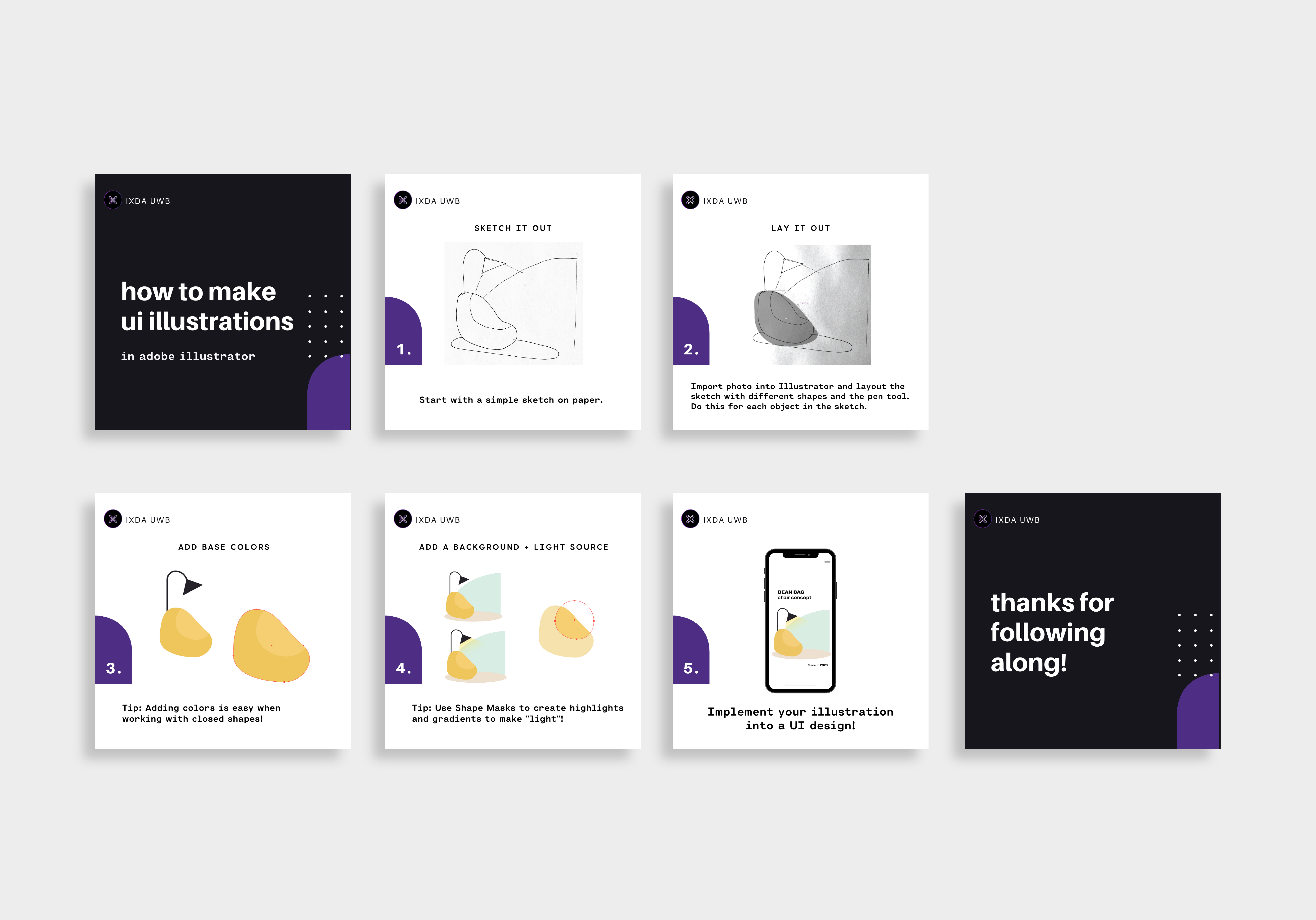